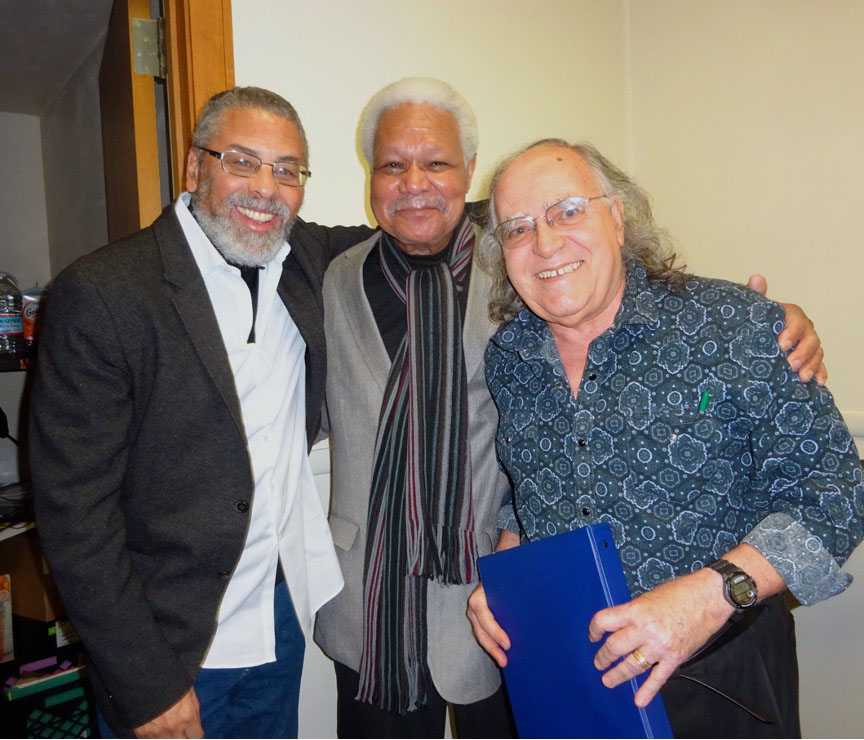 Aaaahhh listening to Al Young read Something About the Blues!

Aaaahhh listening to Billy Preston frolic on the organ ….

Aaaahhh lifting my voice to harmonize with EWF’s Brazilian Rhyme!

So many reminders to stay plugged into the main line!

To keep it acapella baby!

To embrace what Al Young called the “lush urgency” in his poem “Clearing the Way for Ecstasy.”

I first read Al Young in 1976, when he wrote the liner notes for George Benson’s Breezin. I had no idea who he was. Who knew I’d stand with him in 2015, after I won the PEN Oakland Josephine Miles Award? We stood with Jack Foley, Before Columbus Foundation board member, who commended my book, Black Man of Happiness: In Pursuit of My ‘Unalienable Right, for a 2015 American Book Award. In fact, Jack introduced me at the ABA ceremony at SFJazz.

We lost Al Young in 2021. I miss Al’s resonant, musical voice. Reading aloud his work, he embraced elemental simplicity, even though he was erudite, an intellectual of ideas, poetic forms and artistic/social movements. With Ishmael Reed, Al founded in 1972 the literary magazine Yardbird Reader, which morphed into national anthologies; they later published a mag called Quilt. They were OGs fighting for the broadest definitions of American literature.

Celebrating Al’s mesmerizing voice syncs with my understanding that sound is my vibrating doorway into the All!

In fact, when I feel the need to lift my spirits, I claim the Black male voice as my go-to healing technology. Brotherly intonation strikes my cosmic tuning fork! When I first saw that frolicking video, I full on melted when homeboy cracks: ‘you know who you frolicking with!?’

Immersed in the men sounding me, I feel my brain firing and I imagine projecting into night skies a blazing fMRI image of my brain on joy. I feel myself riding sound waves, undulating within slow light.

As a cultural worker, I often imagine a darkened gallery, in which visitors stare up at a pulsating constellation of fMRI images of 100 Black men’s brains lit up on genuine praise generous encouragement, and their particular thoughts of happiness….

Of course, I know the human brain is the same across our species, so I’m definitely not slinging my version of the racist historical riffing of pseudo scientists positioning Europeans/whiteness at the human peak of some mythical Chain of Being.

But in broader American culture, where walking zombies shoot up a prayer circle at Mother Emanuel AME in Charleston or attack people standing in checkout lines at a Buffalo supermarket, it remains critical to creatively embrace the inalienable humanity of Black life as one of our tools to stay inspired to resist ongoing public space violence against Black men in America.

Witnessing our humanity, praising our humanity, especially on the intimate sidewalks and in the reverent salons of our lives, extrapolates brain research findings that genuine praise contributes to a “process” or “growth” mindset that I assert can be adapted to help us become ‘brothers from other mothers,’ who help one another offer one another exhilarating respites from the reverberating, intersecting impacts of racism on earth, and share our motivating aural gifts to the universe.

What about recording a global praise song as carrier wave to help us ‘see’ the majestic individuality of Black men and – paraphrasing another EWF classic – help us ‘write a (praise) song of love’ for the common good?

Wouldn’t the crisscrossing and surging voices marshaled and embossed become human heirlooms akin to sounds on the Golden Records onboard Voyager I & II spacecraft?

BONUS EXCERPT from my book, Black Man of Happiness: In Pursuit of My ‘Unalienable Right,’ WINNER, 2015 AMERICAN BOOK AWARD: “… What will I live for? Why do I trust Black men? Well, it’s simple. I’m confident in a lifetime of rich brotherhood, a lifetime witnessing men commit themselves to life and development. I’m flat dubious of our society’s tendency to favor us as one dimensional, easily packaged, drained of intensity, and happy go lucky rather than happy. Truth is, I’ve been fired in the kiln of exquisite friendships with men who came wounded but savvy out of tough neighborhoods and histories. Men who understand bitter times, family breakdowns, street-level violence, in-home dysfunction, but who nonetheless manufactured responsible lives dedicated to an overall sense of service and contribution. …My friendships with these men have been played out to music. Sometimes, it’s found on classic recordings. Always, it feels composed by reliably good men. When I hear their music, I walk the territory of some place sacred. I’m refreshed. I’m inspired. I honor the memories we’ve made. I pass them on..…”https://blackmanofhappiness.com/shop/