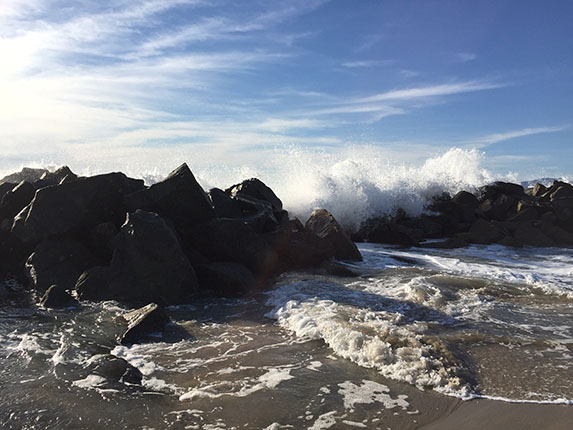 “I bless you in the name of all that is good and strong and beautiful, Antonio. Always have the strength to live. Love life, and if despair enters your heart, look for me in the evenings when the wind is gentle and the owls sing in the hills. I shall be with you—“ —Rudolfo Anaya, Bless Me, Ultima

Cresting as we end the year of emergency in public health and national leadership. I dip one final time into my conversation with big brother Thomas A. Gordon, psychologist, long-time mentor and friend. Since the late 1980s, Thomas has been an inspiring energy source in my life [often via incredibly timely financial, emotional, and conceptual support]. He’s seen me through adversity. He has always been a teacher who stretches me to what he calls the ‘limits of my curiosity.’ No matter how I describe him, I’m barely capturing the humanity that surges from his rigorous generosity.

The following edited excerpts are quilted from the transcript of our long conversation (recorded in spring of 2019). May Dr. Gordon help you ID and tap into the inspiring energy source(s) in your life.

PJH: When I read books about the brain, what excites me [is that] … when you smile, the brain rewards that smile with positive neurochemistry. How do you tell a young brother, for example, in the middle of some shit, how to activate his internal systems? By staying aware of the choice they have to sort of heal thyself, even as you may have to deal with a particular set of dramas or traumas. How do you help a mug navigate that?

TAG: Your brain is the physical entity that’s going to be sponsoring a lot of these choices. What your enemy wants is for you to use very little of your brain…. Your enemy wants you to use it to make choices that are low-level. Very restricted. Not a high return on investment. Your enemy doesn’t want you powerful….

The brain anticipates. … So when you smile, or you say, in the midst of adversity: ‘I know there’s a blessing coming, or there’s a lesson coming, or there’s prosperity on the other side of this corner,’ your brain is starting to anticipate what you just thought of, and that’s what that smile starts to doing. Everything starts mobilizing. So you start paying it forward, before it actually manifests. Then your brain starts being on your side.

… As a child, your brain is so open …. We’re the only life form that enters so ignorant of particular things, but so brilliant in terms of absorbing particulars and making a pattern, which is the true meaning of intelligence. Intelligence is not what you know; it’s the ability to make a pattern. To see a pattern….

We are going to have a lot of inputs. Now all of these inputs are not going to be telling you:

‘You came here to give gifts that nobody [else] can do at a virtuoso level.’

‘And we are so thrilled for you to be here.’

‘We’re going to rally to your support and your empowerment.’

NO! You’re going to get mixed messages.

That’s why [a] mentor is so key. Because [we need] one of the village messengers [to say], ‘I see you,’ before you see yourself. You got to have some people in the village that start telling people: ‘Your happiness is not dependent on the circumstances that you’re in right now.’

…. See the default is to say: ‘Oh if everything isn’t great around me, then I’m not happy…’ You will be influenced by your circumstances, but your happiness is a continual choice that is grounded in a moral connection to something bigger than yourself. And it is a principle that if you believe it, your brain then picks it up and says, ‘That’s what we’ll sponsor today!’ And if you don’t obey this principle, you will sit in your circumstances, covertly become a victim of your circumstances, and you will find buddies to talk about your victimized circumstances, which isn’t going to take you somewhere different…

Don’t say what you can’t do. Smile. Say what you can do. Your brain knows you’re in a war, and if you decide, ‘I see the victory,’ your brain then conspires … CONSPIRES … to support you… And [when] we are persons who are connected to other persons, both visible and invisible, there are forces that we don’t see that will conspire to support you.

… You know a lot of us are so angry at our circumstances that we move into victim complaint or we just attack each other. Or do things that are self-destructive. But if we could think about … imagination, intelligence and intention — my holy trinity. Imagine creating the crucible. It’s hot in here. … It’s fiery but it’s a new kind of comfort b/c now we’re on purpose. We’ve deepened our connection.

I see us as global citizens, members of the planet. Outcomes emerge out of the dance of people, persons and collectives — people dancing with process — and that means circumstances. … It’s not static. It’s very dynamic. Very very deep challenges. Some will take your life if you’re not careful….

We can have great outcomes, but we can’t do it unless we reclaim and authorize our minds to pursue it, define it, choose it, go after it. It’s not going to be bought at a store. … You’re going to have to define it… Everything we see as an outcome is really a covert, hidden process; it’s coming out of people, sacrifices.

See … It turns out if you get a human being to actually believe that they can define a desired future, and you now get that human being to believe that they belong to something bigger than themselves, and they start being in commerce with each other …, that’s the power of us dancing together. We’ve now created a process that will drive the performance outcome that we’re looking for, which is happiness, and all of the symbolic and material manifestations of that and sustainability of that and transformation of it…. Suppose we get people in that process?

Thomas tells me this story about his father. He’s 10 years old, walking to a “South Carolina country school, six grades in one room, potbelly stove, taught by teacher with only a 6th grade education 3 months out of year.”

On “one rainy day,” he sees lynched Black men in their military uniforms hanging from a tree. His father, according to Thomas, remembers sobbing, being soaking wet, and crying, saying, ‘What is the point? How can we possibly get out of this system?’

[His father and mother go on to become professors at Benedict College in Columbia, South Carolina.]

“My mom taught education and psychology, and my dad taught history, comparative religion and philosophy, critical thinking, French, and he’s this sharecropper kid who ends up speaking five languages. I said to my mother, ‘Why did you marry my dad?’ She said he was the only guy to hit me with this line: ‘There’s a great big world out there. We’re going to escape this system. We’re going to be part of that world.’ She said, ‘That’s what I wanted.’

So fast-forward the movie, I’m 9 years old, and – I didn’t know this till my dad was dying – he borrowed the money to take me and my brother around the world.

[The trip included community members drawn from across class lines, and the itinerary included visits to Europe, the Middle East, before culminating in Egypt.]

My dad’s vision: ‘Wherever we go, I’m going to teach them the history of what really was happening in all these places throughout history, and we’re going to end up in Africa. And we’re going to walk in these pyramids and you’re going to see that the paint … they used to draw the pictures is over 15,000 years old…. Imagine people understanding enough chemistry — so don’t you tell me, when you go to chemistry class in a segregated school with the textbooks 10 years behind, don’t come with an excuse that you can’t learn chemistry….’

Dad did that trip 12 times. So I didn’t get to make a lot of excuses!

He used to tell me:

‘Thomas sweet are the uses of adversity. If you can stay your mind on greatness.’

PJH: I see happiness as an enzyme, catalyst, a quest …

TAG: I don’t ever think you need to write a how-to book. I think you really got it. People can learn the how-to’s once they get reignited, reinvigorated, reconnected to their being alive, and the opportunity of being a full human being — now that’s when, to me, they’ll figure out the 1,000 particulars of HOW!

We need people to come alive and to me that’s what you’re bringing and what I’m bringing, which is: You don’t let your enemy declare you’re spiritually dead. That enemy is not authorized to do that.

The Deep Wisdom is … when you think of yourself as connected to something, you say:

‘I will warm this room up!’

‘I’m not going to be complicit with your fear.’

BONUS EXCERPT from my book, Black Man of Happiness: In Pursuit of My ‘Unalienable Right,’ WINNER, 2015 AMERICAN BOOK AWARD: “… My meditations say make this quest more profound by finding everything more joyful: the anticipation, the uncertainties, the awkwardness, the frustrations, the failures, the wonder in the telephone’s ring, the ping announcing an email…. I’m trying to capture the exhilaration I’m stalking, the ecstasy feeding the percussion of this season…. What is a happy Black man but an implosion of rearranged molecules? H2O on it… Harris to the second power. Two times like James Brown shouted at his band! A huge circle of oxygen, refreshing smell of water…dynamic doing of the do, so I decrease the time between peaks and increase the time between valleys ….” www.blackmanofhappiness.com/shop