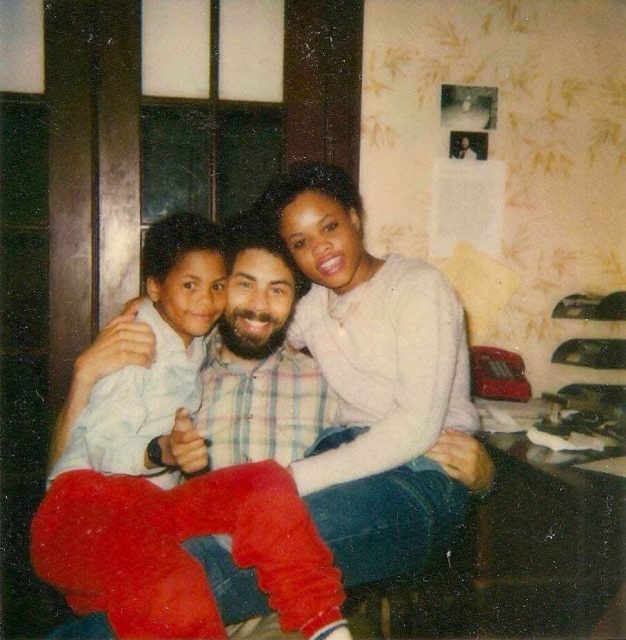 It’s not what you say, it’s how you say it – June Harris, Moms’ Mantra

I’ve spoken too many inappropriately harsh words. During crisis, I’ve cursed the mother of my children. I’ve banished folks with the flick of my tongue. I’ve denigrated people playing Dozens to the 10th Power. I’ve disrespected men. I’ve scorched women. I’ve sharpened my wit into stiletto.

Frankly, even from the vantage point of my sixth decade, some of those folks deserved to be the object of my ire. In fact, you better bet that I’m never surrendering my right to speak with righteous indignation or righteous rage, whether in personal or political situations.

But I’m clear that I got trash talking on lock!

Now I’m clear that I must deepen my ability to speak tenderness.

I know now that I can best contribute to a social ecology of health by refining my Baby Talk.

I now know that Baby Talk should never be put on the back burner.

… Tomorrow was made for some/tomorrow may never come …

Donny Hathaway sings this truth on For All We Know. Roberta Flack cradles him on piano.

I’ve loved this song for two generations. A part of me has always known the singer is begging. For love. For sex. For the night to continue. It’s time-honored for a dude to cajole in his quest for one more hour.

Donny, of course, aches for all of eternity.

His voice hums with insight and awareness. It’s LIFE calling and haunting Dude. He’s pledging himself to his best self. Let’s honor right now, he sings. He wants more than another hour, another kiss. Let’s bond, right now, yes right now, in our connection to all of eternity.

It’s obvious, I know, yes I know, it’s better to embrace our Baby Talk, while we still got breath. Humans that we are, we too often wind up seeking atonement or balance after we slash and burn, after we use our voices artlessly, thoughtlessly.

What good is that when we’ve driven somebody to the sidelines, or they get sick in our silence, or be gone beyond the reach of apology?

Behooves a brother to zero in on his work. As a father, as a lover, as a partner in all emotionally strategic facets of his life!

With Moms’ Mantra as prime guide, I want my Baby Talk infused with indivisible essences that carry, like, the power and force of myth and proverbs, that reflect, in the sound of my voice, evidence of personal integrity.

I’m thinking there’s no genuine way to speak tenderness without some distinctive combo of the following elemental resonances embedded in the feeling tones of my language:

I can chant more.

Can I get a witness?

I am not trying to be deep.

I am not trying to complicate what should be stated simply.

I even know, knee deep in this meditation, that frankly my voice has too often failed me. I’ve dropped back into funky patterns. I’ve slipped into slick begging that wells up from some lingering adolescence that gives me permission to settle, be artificial, punk out when even a whiff of courage would be welcomed.

In April, The Harris extended family was approaching the one-year anniversary of our pandemic meetings on Zoom, which were initiated by my youngest sister at the beginning of the Covid shutdown. In our group text, I invited my two older brothers and their children, my two younger sisters and their children, my kids. Happily, almost everybody showed, including one current sister in law and one former sister in law. My oldest son even called in while driving on a Florida interstate.

After much cross talk and laughter, and with Adenike’s help, we snapped a ‘gallery’ portrait of us all. Then, as convenor – “as the person who kind of like scratched it on the calendar and begged yall to do this” – I claimed the mic in celebration and honored our persistence with a short Baby Talk testimonial.

“ ….Here, a year later, people have actually caught Covid and recovered. I just want to say that I love you guys, and sometimes we take for granted that we will see each other, and I didn’t want to take nothing for granted. It’s a joy that all these years later, I mean, even though we live far apart, we still laugh, we still have good good memories… We know that we’ve made mistakes along the way, but we’ve looked out for each other in various ways. We’re just good human beings. We’re a family that really has each other’s backs.

“During this year, we have worked hard to maintain something beautiful! For me, I just really wanted to see how many we could get together [and] take this picture, because we know we may not see each other for a while. I just wanted to say, as sort of the Middle Dude of the old days, I love you guys and I’m an honored member of The Harris Clan. I am an honored representative of the best of Southeast! I don’t care that I live way out here, everybody who know me know I’m from DC, and they know not to mess with me!

“And everybody on this Zoom call I would go through any kind of positive battle with yall from now until we don’t have a breath in our body again! So for me that’s why I wanted to call everybody together and just take a picture. And I love love love that we keep working at this…!”

At which point my second oldest brother Ron began pantomiming a violin solo, indicating that I had made my point!

Last thing: I stumbled on a creative birthday gift to myself, as I played my thumb piano in the early morning light. Somehow, brewing within the dynamic silence between each note, I taught myself the melody to Stand By Me …!

BONUS EXCERPT from my book, Black Man of Happiness: In Pursuit of My ‘Unalienable Right,’ WINNER, 2015 AMERICAN BOOK AWARD: “…  Rolling up I-95. Dead on the trail of loveliness…. We feel the creeping chill of melancholy. The end of our visit is five hours away. Divorced parent’s curse. We’ve known it since 84. We talk through it. Place our faith in coming clean with each other. I take weights, old and new. He wills himself beyond his usual mumble whenever the topic turns emotional. Speak your peace, I say. Whisper. Shout. Cry. Question. Overcome distance between California and Maryland. Overcome distance between your parents. Speak your peace. I’ll speak mine. Let’s stay tight. You my man. My son. First born. Close enough to talk about sex, ball, dreams. Tight enough to be friends. Respect enough for me to always be Pops… Hum of tires on highway drown out his “you knows,” throat clearings, and hesitations. I up the volume on my listening. He breaks through. Says:

“I really want to come back and live with you.”

Voice clear enough to shatter the Metro’s windshield. I grip the wheel. Past and present fuse right there in the shotgun seat. Strong man getting stronger. I steal a look at him. I look back to the road.

“Living with you…was the best years of my life….” https://blackmanofhappiness.com/shop/