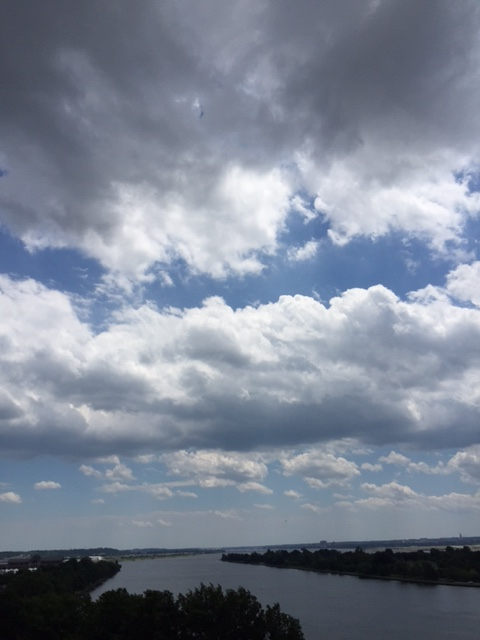 It’s not what you say, it’s how you say it – June Harris, Moms’ Mantra

I began referring to myself as Peter J. Harris after Moms died in July 1984. She called me by my FULL name whenever she wanted me to know I had run out of options for whatever business she was asking me to handle.

Peter please take out the trash.

Ok can I do it after the game ends in five minutes?

Of course she quickly peeped that a televised game, with commercials and timeouts, gave me waaaaay more than five minutes before grabbing that brown bag spilling over with empty milk cartons and cereal boxes and dinner leftovers.

It wasn’t long before Moms’ tone shifted: from please to PETER J. HARRIS …!

And I was up on my feet and grabbing that bag and carrying that trash downstairs like it was the most sacred cargo ever transported, even though I was only balancing that stuffed brown shopping bag from our 3rd floor crib in Parklands to the dumpster in the parking lot.

After she died, that’s the voice I wanted to honor.

That voice contained all the rules and regulations, the ethical demands, she stood for while rearing five children. Yes, no question, that my full name spoken with such insistence was certainly imbued with some definite do as I ask, some unmistakable do as I say do.

Mostly, when I seriously recall its full power, it was a voice in which she embedded a parenting framework of fairness and balance and reciprocity. You eat, you wash dishes. You get your clothes dirty, you learn how to operate the washer and dryer. You throw away empty milk cartons and cereal boxes and dinner leftovers, you take out the trash.

And don’t wait for me to ask! You live here don’t you?

Now that I’m fully meditating on Baby Talk, I can honestly say I don’t remember Moms speaking what’s typically called or sounds like Baby Talk. Yet I always felt an elemental tenderness in her voice.

Well loved meant I could feel her as a steady caring no matter if in a particular moment she was schooling or scolding me.

Well reared meant she trusted me to honor principles and home training and lineage.

What a joy, in hindsight, that this foster child, who never knew her biological parents, who was sickly as a child, could become such an imprinter of five strong willed children (and their friends, from childhood into adulthood).

Pops had his koshies. Ma never had koshies nor changed her voice to speak tenderness.

Ma acted on her tenderness. Ritualized it.

Annual dinners at an upscale restaurant after she hired me to help organize files at the real estate agency where she worked as a secretary.

Saturday trips to buy comic books and then a burger and fries after that.

Asking me: You want a sundae? when she heard the bell of the ice cream truck.

Giving me money to drive to the Nation of Islam bakery to buy slices of cake topped with fruit compote.

Sitting at our dining room table sharing a huge slice of gingerbread she’d baked along with cold glasses of iced milk, discussing flow of classwork at Howard.

And we shared no more tender ceremony than when I took dictation for her funeral arrangements, while sitting at her bedside in the hospital in June 1984.

Who else? she whispered through her trach tube, when I asked what we were doing.

Hands down the saddest, most culminating, tenderness I’d ever shared with her ….

In that experience, I learned from Moms — my June, January mother with the summer name — that I had the capacity to bless the ashes of any transition, of any transformation.

I learned that she was quietly commanding me to find joy — for the rest of my life — in the recurring and demanding quest for balance and wholeness.

She taught me through the tenderness of her honesty how to say thank you for life in a way that’s never, ever, a cliche!