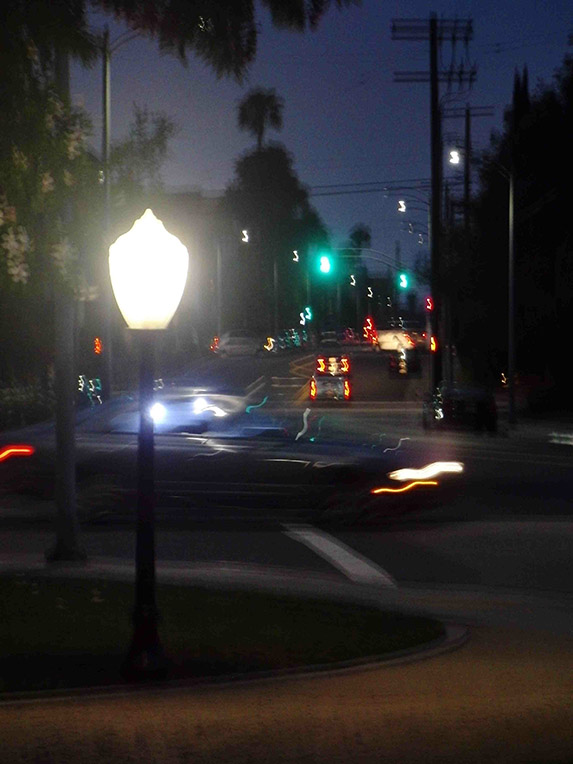 Our poetry reading was supposed to start at 8pm. It was 7:45 and NOBODY had shown up. I sat with Kamau Daa’ood in the theater at LA’s venerable Beyond Baroque.

Initially we were philosophical.

Neither of us was promoting a book. We weren’t part of a group reading or a themed reading. It was just a night for two older heads, two poets with fine resumes, well-earned respect, and reputations as powerful readers.

Yet nobody was showing up for our reading….

I’m normally, on GP, antsy before a reading, even though I have been publicly reading my poetry since the 1970s. And I know that most poetry readings always start, LOL, on Artist Time (typically at least 10 minutes — often up to 20 minutes — after announced start time.

But I was fraying.

Pissed that folks weren’t showing up to give well-earned respect to Kamau, an indispensable Native Son of LA, who had in 1989 co-founded the World Stage with Billy Higgins. I mean, honestly, how could you not flock to hear Kamau read his poetry? With a stunning passion and soaring musicality, Kamau baptizes listeners in surging imagery shot-through with hope.

Once while watching Kamau perform at Getty Center with his band, the Army of Healers, I just straight began to cry as he blended his voice into a mesmerizing collage with his locked-in fellow musicians: vocalist Dwight Trible; pianist Nate Morgan; bassist Trevor Ware; and percussionist Derf Reklaw!

That night at Beyond Baroque, as we watched the clock, I know I floated a few F-Bombs about how we were being disrespected, and that these Maryland Farmers be rolling out into the night for lesser poets, younger poets, better marketed poets, and other blah blah blah full of envy and poison.

Kamau stayed calm (in fact I myself have NEVER seen Kamau as anything but calm, except when he’s telling sly jokes in his animated FM Baritone!).

Then he seemed to slip into a mini trance. My rants quieted, and we segued into him musing on his days reading poetry with Horace Tapscott’s Pan-Afrikan Peoples Arkestra.

But when small audiences gave way to an empty venue, Mr. Tapscott gave Kamau and Arkestra musicians a most memorable piece of advice, which stunned me and silenced my whining.

Did Kamau and I even have a reading that night?

Frankly, I can’t remember how many people showed up or if any showed up at all.

I do know that I’ve never worried about audience size again.

This flashback still has me meditating on the mantra shared with Kamau by Mr. Tapscott, whom he called “Papa, The Lean Griot” in a poem that concludes with “i am Horace Tapscott / and i am not for sale.”

In the years since that evening, Mr. Tapscott’s mantra inspires in me a mindset that I’ve since found all at once humbling, inspiring, and instructive.

It speaks to the quiet intimacies that infuse my creativity, vision, artistry, and service. It reminds how Me Myself and I — in the process of conception — are surrounded by an elemental and nurturing quiet.

Ironically, I LOVE writing while I play recorded music. Right now, in fact, I’m listening to the Arkestra’s pulsating Peyote Song No. III.

Yet even within the eye of this, or whatever music plays, I’m truly only hearing the ebb and flow, the dynamic play, of elastic silences looping within my senses, expanding my faculties, electrifying my brain as I’m seized by a driving idea or lines of aha or what if!

It was conceived in its own raging silence. Maybe it’s supposed to be ‘received’ by silence.

If my ego can get out the way! Cause believe me it is absolutely intoxicating to be caught up in the call-and-response with the right audience!

But the whole process, which revs up for each new creative thing or concept for community engagement, demands what Carlos Santana once called Love Devotion & Surrender, in a song, and in an entire recording with John McLaughlin.

Sparked by that night at Beyond Baroque, I understand now that if I hope to craft art that I want, at the very least, to transcend my limitations, then I must relentlessly renew my willingness to lean into Love, Devotion, and Surrender.

These days, especially while navigating the forced quarantine of the COVID pandemic, I often search for Sweet Honey in the Rock as I create and grapple with the work itself.

Going forward, should I get a chance to stand before another audience, I’ll always be emerging from the demanding rites of passage required to share something well-wrought, something meaningful, something beyond what an audience could possibly anticipate, no matter how many times they’ve heard me.

I will always be able to give something real!

So what did Mr. Tapscott say to Kamau back in the day?

I mean Papa no doubt had been intoxicated by the call-and-response with an engaged audience. He was at one time a member of Lionel Hampton’s band, which could make an audience swoon and dance on such tunes as Flying Home.

And as a composer in his own right, Mr. Tapscott no doubt found sensational overload as he danced with, and within, melody and arrangements.

But he was not for sale, Kamau says, which means the Arkestra Griot risked comforts, finances, and accolades for service to his community, even if sometimes community members weren’t part of standing room only audiences at a given venue.

If ain’t nobody in the audience …

BONUS EXCERPT from my book, Black Man of Happiness: In Pursuit of My ‘Unalienable Right,’ WINNER, 2015 AMERICAN BOOK AWARD: “… I want to know how Black men, in their own words, define happiness, discuss happiness, describe happiness. For the sheer joy of it, and because I believe their testimony will unleash a wave of spiritual satisfaction that could be a healing ingredient for all our lives….” www.blackmanofhappiness.com/shop