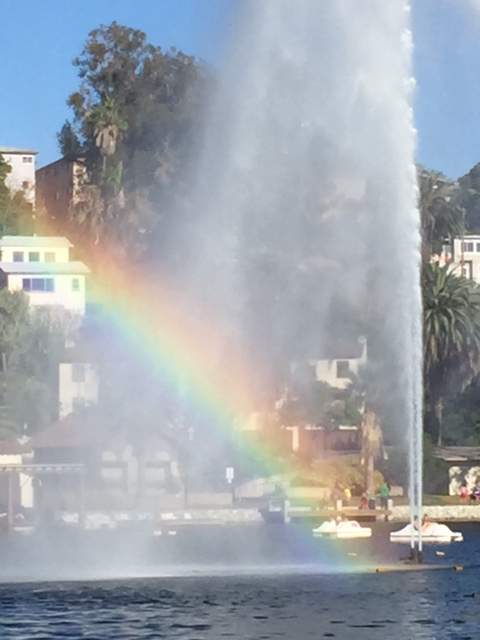 It’s not what you say, it’s how you say it – June Harris, Mom’s Mantra

After the emotionally satisfying Rite of Passage for my Godson, his dad and I were sitting up front in their family truck. Sitting in a backseat, Masoud unbuckled the sheath on the long-blade knife that had been symbolically used during his ceremony.

Masoud slowly slid the blade out of its sheath, as if he wasn’t scared of its cutting edge. Looking through the rearview mirror, his dad calmly asked him to re-sheath the blade.

Let’s just say that Masoud took longer to respond than he would have before he’d gone through his Rite of Passage. Tension grew and Dad turned toward his son.

In my adolescence, that shift in posture would have come with my Pops grabbing his belt buckle. Daryl only said quietly:

The vibe in the truck softened but Daryl’s son had felt the substance and weight in his father’s statement. There was urgency in Daryl’s voice, for sure. That blade was no joke!

Slowly, Masoud re-sheathed the knife and laid it back on the seat. I was stunned. I honored the moment in real time.

“‘Use my wisdom!’ Wow brother! That is the coolest admonition I have ever heard out a parent’s mouth!”

It remains so. I certainly never lost the threat in my voice, when I chastised my kids. I wasn’t a monster, nor did I whip their butts on the regular. But I did keep my wrists oiled, if I had to raise the gestural threat level when their knuckleheads morphed into hard heads!

If I could, I would enshrine ‘use my wisdom’ in the Parenting Hall of Fame — in the section that honors the proverbial power of parenting counsel.

Baby Talk is infused with wisdom. It’s one of my antidotes to social viciousness.

Remember that viral ‘baby talk’ video of the young father talking with his son, as they sat on the couch ‘discussing’ a tv show?

Hilarious of course. But for me it transcended humor to reveal a 19-month-old intimacy clearly built on joyous habits.

Learning to braid my own 7-year-old daughter’s hair, tracing the path of braids of her healthy hair, learning the language of a child’s hair, made me bilingual at the elemental level of bonding.

Hair Love is a silent movie, for all intents and purposes. It celebrates how expression and gesture reflect and forge tenderness.

But as a sound geek, Baby Talk actually transports me!

When Adenike and I applied to TEDx Pasadena in 2018, we were required to submit an audition tape answering the question: What would your superpower be?

Mine?  “Whenever somebody does something good … they hear their favorite song in their head and everybody around the world hears 60 seconds of [that] song …. It becomes the favorite song of everybody in the world and they don’t even know why they like it. They just do! And then it’s like a harmonious sound bath!”

Adenike said:  “My superpower would be the ability to make people hear children’s laughter whenever they feel stressed, or exhausted. Like, anxiety built up: I’d walk past them and be like BOOM, and you just start hearing the joy and robust [sound of a child laughing]…. Who doesn’t like the sound of kids’ laughing?”

I know I do. Twice in my life, I’ve lived next to families with young children.

Their voices in the morning? Like Al Jarreau to my ears.

I’ve heard them singing in thrall to their wordless melodies, reveling in the exercise of their vocal cords.

I’ve heard them laughing like they’re being tickled by a gaggle of butterflies.

I’ve heard them babbling in full-throated ‘conversation’ with their mothers.

I’ve heard them shout ‘daddy look at this’ in awe of some discovery they’ve made.

I’ve heard them crying when a parent said no to adventure veering into danger.

I’ve heard their voices as alarm clock, as reminder to embrace a new day, as prompt to tap my own wonder, as dare that I remain a witness beyond the administration of my day.

Baby Talk is no trifle. Can’t be dismissed as mas que nada!

Baby Talk allows us to roam, tumble into interconnection with the emotional rush of the Waters of March!

Baby Talk allows another way for us to kiss each other in the spirit of abandon!

Baby Talk endures when we exhaust words and it allows us to exhale pure syllables of OMG at the mysteries of this thing called life!

glimpse a child’s blasé rending of dimensions
witness the shape-shifting delight of a toddler
shouting to her mother:

savor squeal of 3-year-old granddaughter high in a playground swing
& her unstrained dismissal of chronology:

aha to the brash logic of her 4-year-old cousin:
‘I think I’m fast, then I know I’m fast’

my see saw made of precision
& revelations in the night

my lover’s fetal curl & breathing
under cover of urban darkness

timbales on the canopy sheltering our midnight destinations

BONUS EXCERPT from my book, Black Man of Happiness: In Pursuit of My ‘Unalienable Right,’ WINNER, 2015 AMERICAN BOOK AWARD: “… And my last hallucination plunged me into the healing sounds of hundreds of Black men singing from a core of wholeness, of vulnerability, of vision, to face whatever was ugly inside us, to celebrate an awesome faith in love and a faithful participation in love. I have come to discern that this unbidden, flu-ridden, rite of passage was a genuine Round the Way Initiation. …My insights have distilled over the years into my own mantras: Accountability is the midwife of credibility. Refuse the siren song of blame. Withstand the sting of conviction. Measure your own value and distinction. Recognize that creativity is my ally in the worst seasons. Apply creativity in the worst seasons. Start at the age epiphany strikes. Trust that familiar tools, currencies, and modes often come embedded (encoded?) with motivation, abundance, and exhilaration. Don’t let the snap, crackle, pop of new grooves throw you off beat. Communication is the currency of collaboration. Never be afraid to wear your Griot Clothes….” https://blackmanofhappiness.com/shop/